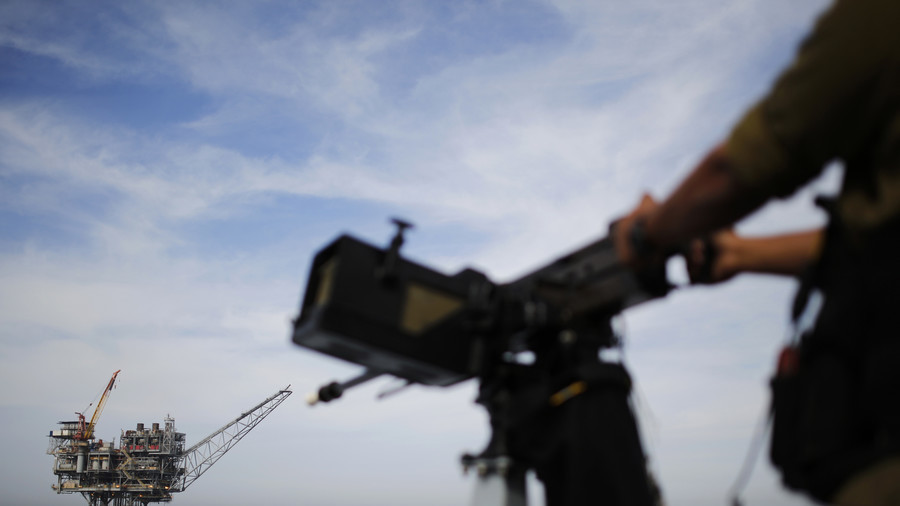 Piracy activity on the Mexican side of the Gulf of Mexico seems to be picking up, with several attacks in the past month on offshore support vessels.

Also, in a separate incident, Telford Offshore's offshore accommodation and hook-up unit Telford 28 was attacked last week while anchored in Mexico. One crew member was injured.

Previously, Dryad Global reported, citing info from the Italian Coastguard, an Italian flag vessel was attacked in the Gulf of Mexico, 65nm NW, Puertos Dos Bocas, on April 10. Dryad did not name the vessel, but reports suggest it was the offshore supply ship Remas, owned by Italian company Micoperi, that was attacked. A video apparently showing the attack on the Remas has emerged on YouTube. See below:

"Alarm sounded, accommodation locked down and all crew mustered. As the boat approached from the stern it started firing at the vessel. Using the thrusters the Master was able to prevent the boat from coming alongside resulting in the boat aborting and moving away," the report said.

Offshore Engineer thus reached out to Dryad and spoke with Ian MacNeill, an analyst with Dryad Global, experts in maritime security risk management to learn more about the nature, frequency, and motivation behind these attacks offshore Mexico.

OE: Dryad has recently said there is a significant degree of under-reporting of incidents in the region. Why do you think this is?

MacNeill: In 2019 several sources described a large number of pirate attacks having occurred in the Gulf of Mexico – some put these as high as an average of 16 incidents per month between January and September. However, Dryad Global was unable to independently verify many of these incidents and far fewer incidents were recorded by international maritime monitoring agencies.

Whilst we are unable to confirm the totals cited, it is our assessment that where confusion may arise in some aspects of the reporting is that incidents may take place that are not reported by companies who wish to avoid attracting negative attention or compromising commercial confidence in their operations. That it is only in recent years that foreign-owned oil wells have achieved production in the Gulf of Mexico is possibly a factor.

OE: Who are these pirates?

MacNeill: We suspect that the individuals carrying out these incidents are likely to be local fisherman straddling the economic divide between legitimate activities and exploiting opportunities for criminal enterprise, rather than Pirate Action Groups that operate in the Gulf of Guinea.

Connections to Mexican drug cartels is also a possibility but we also suspect that information used in the conducting of these attacks may be being leaked from within Mexico’s oil industry, for which there is historical precedent.

OE: What equipment, vessels, and practices do they employ?

Descriptions of past incidents indicate that the main targets in the Gulf of Mexico have been either offshore supply vessels or those which present opportune targets, such as slow-moving freeboard vessels. It is our assessment that, based on the existing and verifiable data, that the perpetrators currently active in the Gulf of Mexico do not have the capacity to target larger commercial vessels nor are they seeking to acquire their cargo. The targeting seen in the Gulf of Mexico is also likely promoted by the density of marine traffic and oil infrastructure.

MacNeill: The primary motivation for the attacks in the Gulf of Mexico would appear to be theft, rather than, for example, kidnap for ransom (as seen in the both the Gulf of Guinea and the Sulu Sea). However, violence has been a common factor, with 2 people having been shot in an incident in November 2019. The items taken in many of these incidents have varied, with some noting that personal items were taken. While in others reported the theft of technical equipment and hardware, likely for sale on the black market

OE: What can the affected do to protect the vessels, and themselves, once the pirates are aboard?

Dryad: Faced with what would appear to be an increasingly complex operating environment, Dryad Global would advise all commercial operators in the Gulf of Mexico to purchase our bespoke risk assessments.

Our products are based on the objective analysis of real-time information to inform commercial decision making and support operators to conduct due diligence of their operations.

In addition, we would advise that all vessels in the Gulf of Mexico adhere to industry-standard management practices to deter piracy and enhance maritime security – e.g. BMP5. While also being aware of vessel hardening methods and wider mitigation strategies.