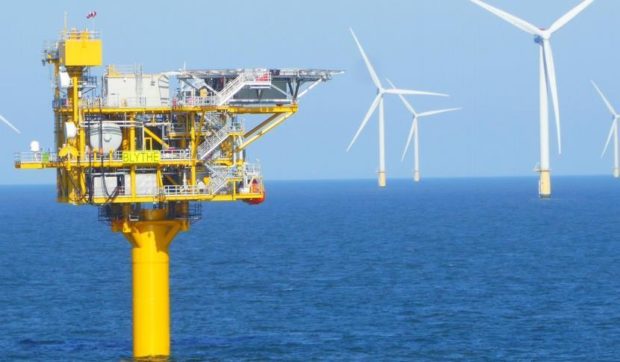 Saturn Banks is a reference to local seabed features in the southern North Sea.

Phase one of the gas project is formed of three fields; Elgood, Blythe and Southwark.

Installation of the normally unmanned platforms at the latter two fields was completed earlier this year.

Development drilling kicked off on April with the spudding of the Elgood well by the Noble Hans Deul jack-up rig, followed by Blythe earlier this month – Southwark is due to be spudded in the near future.

First gas is expected from Saturn Banks in Q4 2021, on completion of the Blythe well and onshore recommissioning activities.

Southwark is forecast to start producing in Q2 2022.

IOG, formerly Independent Oil and Gas, has a 50% stake in the Saturn Banks project.

The remainder is owned by CalEnergy Resources, a subsidiary of conglomerate Berkshire Hathaway, led by US business tycoon Warren Buffett.

IOG confirmed the name change in its first half results for 2021, in which it reported pre-tax profits of £209,000.

That’s a drastic improvement on the same period in 2020 when IOG slumped to losses of £3.6m.

Andrew Hockey, chief exectuive of IOG, said: “Over 2021 to date we have delivered a series of key Phase 1 progress milestones on the path to First Gas in Q4. To reach this target two years after FID amid a prolonged global pandemic will be a fantastic achievement by the IOG team. I would like to thank them for their continued hard work and dedication in delivering on our ambition to be a safe, efficient, low-carbon developer and producer of high-value gas, whilst also recognising the support and collaboration of our Joint Venture partner CER, contractors and regulators, Having installed the Blythe and Southwark platforms and successfully tested the Elgood well at 57.8 mmscf/d gas and 959 bbl/d condensate, the Blythe development well is now progressing to plan, with Southwark to follow. Beyond Phase 1, we are working up the excellent potential to expand our Saturn Banks Pipeline System with further high-return gas hubs. Alongside this, we were very pleased to confirm our very low emissions operating model and commitment to Scope 1 and 2 Net Zero from 2021.”