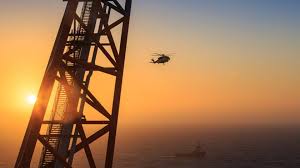 Australia is seeking to cut emissions in one of the world’s biggest per-capita polluters by encouraging oil firms including Chevron Corp. and Woodside Petroleum Ltd. to invest in carbon-reduction projects.

The nation on Tuesday said it would revamp a multibillion-dollar climate fund to support the development of technologies such as carbon capture and storage to improve efficiency and reduce greenhouse gases. The move was welcomed by the oil and gas industry and blasted by climate groups, which said it undermines renewable energy projects.

Calls for Prime Minister Scott Morrison to do more to combat climate change got louder after devastating bushfires destroyed thousands of homes this past summer. Morrison has said the country will comfortably meet its international commitments, but progress on emissions reduction has stalled in recent years as a number of heavy-polluting gas export facilities started operations.

Progress Stalled. The government plans to revamp the A$2 billion ($1.3 billion) Climate Solutions Fund, after an independent report published Tuesday found that stronger action was needed for the country to meet its climate commitments under the Paris Agreement. The fund is part of a A$3.5 billion package to help Australia meet the 2030 goal.

“Key sectors are not projected to have begun significantly reducing emissions by 2030 and concerted effort is needed to unlock the critical, transformative technologies these sectors need,” according to the report, headed by former Origin Energy Ltd. Managing Director Grant King.

The King report’s recommendations “align with the government’s technology-based approach to reducing emissions,” Energy Minister Angus Taylor said in a statement. He will support a proposal to award credits to big facilities for adopting low-emissions technology, which could then be used to meet their climate obligations under the government’s so-called “safeguard mechanism.” That system sets a target limit for a facility’s emissions, above which it must purchase abatement.

Under Taylor’s proposal, carbon capture and storage projects would be eligible for carbon credits, in a move welcomed by the Australian Petroleum Production & Exploration Association, an industry lobby group. It was also hailed by Santos Ltd., which is developing a CCS program in South Australia backed by Occidental Petroleum Corp. and BP Plc. Meanwhile, Chevron has ploughed billions of dollars into a carbon sequestration project at its Gorgon LNG plant, which started operation in August after several years of delay.

“Australia needs low-cost, large-scale abatement to maintain our position as a leading energy exporter and manufacturer of energy-intensive materials such as steel and cement, as well as to enable new industries such as hydrogen,” Santos Chief Executive Officer Kevin Gallagher said in a statement. “CCS can facilitate the fastest route to a hydrogen fueled economy.”

Climate groups said the proposal was too soft on big emitters such as Chevron and Woodside, whose giant liquefied natural gas facilities in Western Australia put them both in the country’s top 10 polluters. The government was wasting taxpayer money on unproven CCS technology, said Richie Merzian, climate & energy director at the Australia Institute think tank.

“Many other industrialized countries are using stimulus programs for the dual benefit of climate action, while Australia is still missing even the most basic climate and energy policy,” he said. “This review is just tinkering on the margins of addressing Australia’s deep and dangerous fossil fuel reliance.”

The report’s proposal for the government to give carbon credits to Australia’s biggest polluters to stay below legally required pollution limits is like paying drivers to stay under the speed limit, the Australian Conservation Foundation said in a statement.

“Asking a former oil industry executive to review the national climate policy is like asking a fox to review the design of the chook house,” ACF climate campaigner Suzanne Harter said. “Australia has virtually no effective climate policy and no pathway to achieve net zero by 2050, which is required if we want to keep this a liveable continent for coming generations.