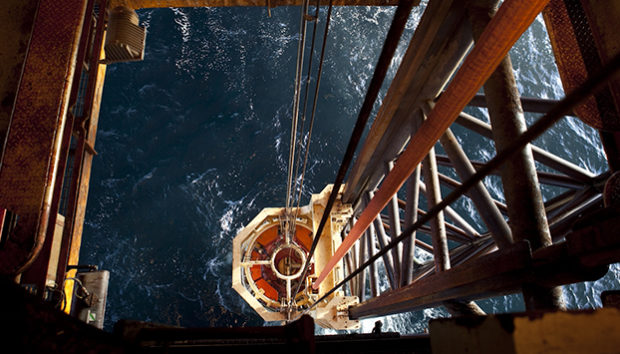 ‘Relief’ For Some As Oil Rises Past $40, But North Sea Activity To Remain Depressed

Oil prices rose past $40 per barrel mark on Tuesday amid speculation that quotas for international production cuts could be kept higher for longer.

Benchmark Brent crude climbed to $40.22 — a near three-month high – prompting an analyst to claim the market was on the “recovery path”.

Bjornar Tonhaugen, head of oil markets at Rystad, said prices were “set for higher levels” if existing output quotas were kept in place by the Opec cartel and Russia.

But he doesn’t expect investment decisions to be made on new UK oil projects based on recent signals.

Brent started 2020 near $70 per barrel, only for a toxic mixture of a coronavirus-imposed drop in demand, a price war between Saudi Arabia and Russia, and dwindling storage capacity fears to send it plunging below $20 in April.

Opec and its allies, who go by the moniker “Opec+”, helped prices rally by agreeing historic new production cuts of a whopping 9.7 million barrels per day (bpd) for May and June, dropping to 7.7m bpd for the rest of the year, and 5.8m bpd out to April 30, 2022.

Brent clambered back above $30 per barrel last month and steadied at around $35 per barrel as countries largely adhered to their quotas, while governments added impetus by announcing plans to start easing lockdown regimes.

And now speculation is mounting that Opec and Russia will bring forward a meeting to Thursday to discuss retaining the 9.7m bpd output curbs after June, helping prices lift further.

It is thought that Riyadh is in favour of an extension, but Moscow may wish to stick to the initial plan of easing the cuts from July.

Analysts at RBC Europe said a repeat of the “March meltdown”, when Russia and Saudi Arabia dismantled an earlier production pact, was unlikely and predicted a one- to three-month extension being hammered out.

Meanwhile, there are concerns that higher prices will encourage US shale producers to turn on the taps once more, which would weigh down prices.

Rystad’s Mr Tonhaugen said: “The bottom line is that the market is on a recovery path. If Opec+ extends the high-level oil production cuts, that recovery will speed up and prices won’t lag behind.”

In a report published last month, Prof Kemp said only 38 new field developments would go ahead over the next three decades with oil prices at $35 per barrel, compared to 83 at $45.

He said on Tuesday that North Sea companies wouldn’t be making long-term investment decisions based on prices of $40 or more, as a reversal of recent gains was “always possible”.

Prof Kemp said: “The increase from $25 to $35 and now to nearly $40 is welcome news in terms of cash flow for operators and licensees, but it’s too early to say more new projects might go ahead.”

Paul de Leeuw, director of the Energy Transition Institute at Robert Gordon University, said: “The combination of slowly increasing demand and a potential extension of the existing Opec+ production cuts in early June continues to have a positive impact on the oil price sentiment.

“Although price volatility is likely to be the name of the game in the near term, the direction of travel will come as a very welcome relief for the global oil and gas sector.”

He said: “The rumours about the extension of the production cuts is certainly good news. We will have to wait for the meeting though. I’m not sure if, in the short run, the price will go up much further as the rumours are only about extensions for a few months.”