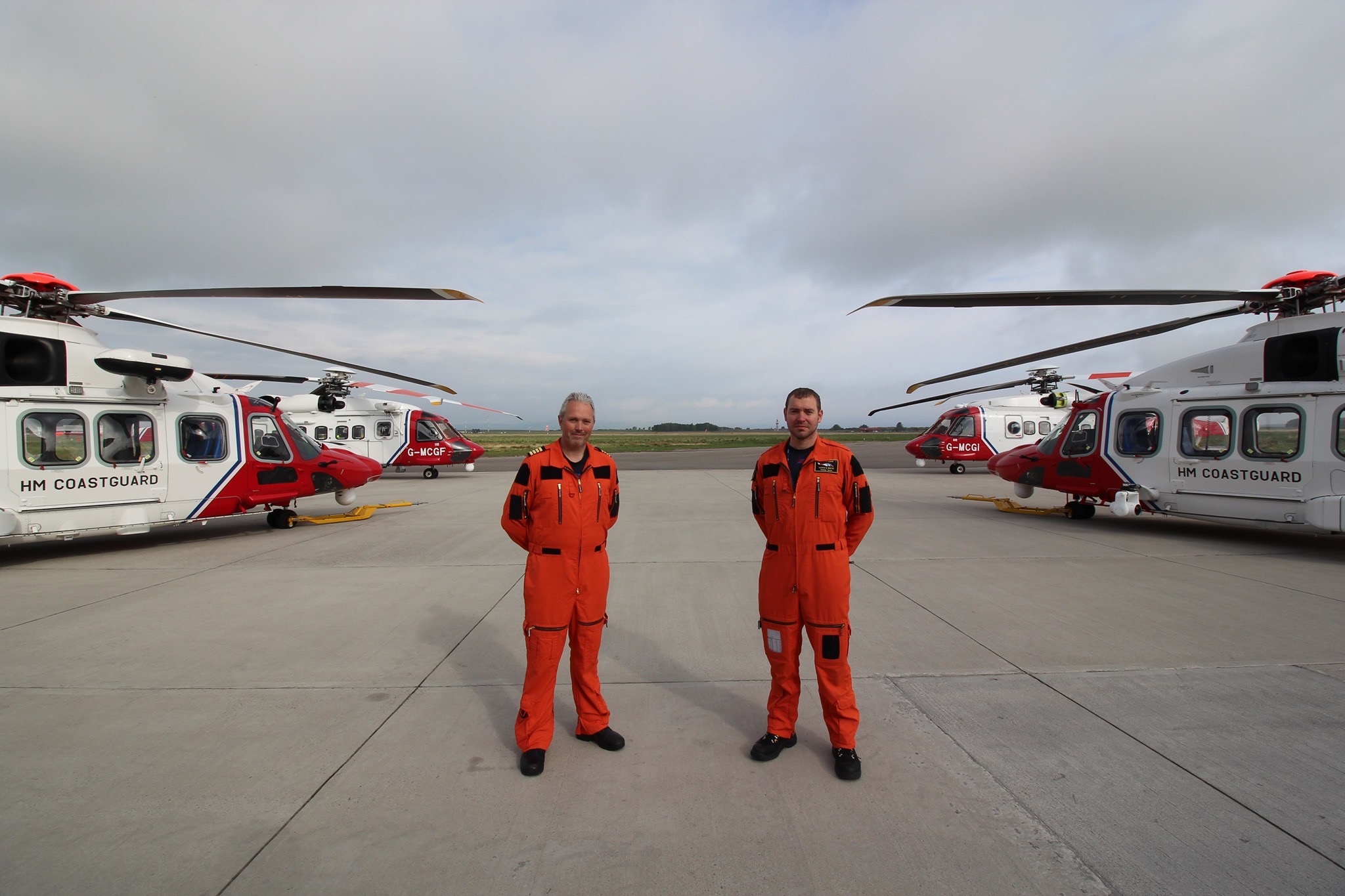 INVERNESS’ HM Coastguard search and rescue (SAR) helicopter base has welcomed two Leonardo AW189 helicopters, serving the Highlands and Islands and further afield as part of the Maritime and Coastguard Agency’s airborne response.

The aircraft replace two Sikorsky S92 helicopters, which have been in active service out of Inverness since 2015. Each £20 million AW189 helicopter, painted in red and white HM Coastguard colours, is operated by Bristow Helicopters Limited, on behalf of HM Coastguard.

The Coastguard base at Inverness is the fifth and final location in the UK to fly this new model of helicopter for SAR missions, following Lydd and Lee-on-Solent on the south coast, St Athan in Wales, and Prestwick in central Scotland.

The Leonardo AW189 is the latest generation helicopter in its category and is designed to meet long-range, high endurance requirements for search and rescue missions in the most demanding operational and environmental conditions.

Inverness is one of 10 strategically located sites around the UK which are operated by Bristow.

It provides vital life-saving support to the energy and marine industries, as well as to land-based incidents including mountain rescue, missing persons and other medical emergencies.

Bristow Group crews are delivering the UK SAR helicopter service on behalf of HM Coastguard with state-of-the-art helicopters, equipped with the latest search and rescue technology including night vision, mission management and increased onboard medical capabilities.

Damien Oliver, Aviation Programme Director at the Maritime and Coastguard Agency (MCA) said: “We’re proud to be leading the way in search and rescue both in the air and on the ground. These Leonardo AW189 aircraft will enable us to continue to carry out even more vital life-saving missions across Scotland in an area where rescues can be very demanding on our crews and in difficult to reach locations.”

John McIntyre, Chief Pilot at Inverness, said: “The AW189 has been a great success since it was introduced into UKSAR in 2017, completing more than 1200 missions operating from four bases – almost half of which have originated at our fellow Scottish base at Prestwick.

“The AW189 has proven its itself from marine to mountainous environments in search and rescue operations in the past two years. Our year-round training, the quality of the aircraft and the technology on board are essential to maintaining our capability to bring people home safely from a mission.

"These aircraft, and the hard work of our dedicated crews alongside the other services we work with, give us the best chance of living up to the incredibly high standard the UK SAR service is renowned for.”

The purpose-built Coastguard SAR base at Inverness base is operated by a team of 32. Bristow began operating the UK’s SAR helicopter service on behalf of the Maritime and Coastguard Agency (MCA) in 2015, after winning the tender in 2013.

Undertun Industri to Provide Gangway for MMA Offshore in Australia

Deepwater Horizon 11 Years On: There's More Work to Be Done on Offshore Safety