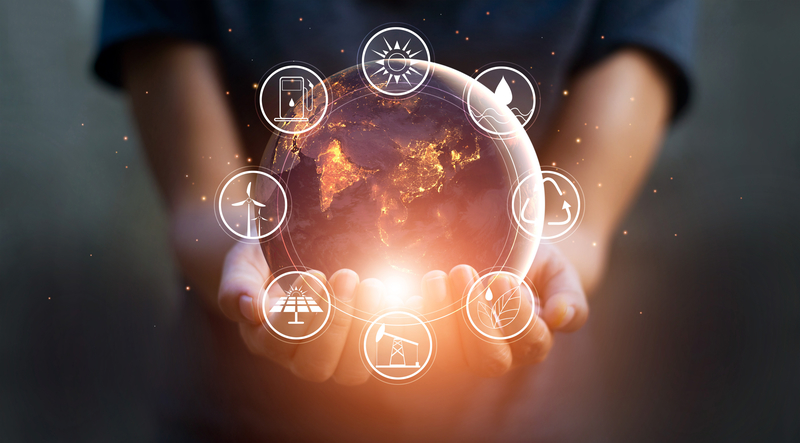 It is almost impossible to underestimate the impact of the Covid-19 pandemic. Not only have 13-million-plus cases of infection and more than 570,000 deaths been reported [July 2020], but the virus is still with us and it is still killing people in many parts of the world. Uncertainty about the future is high, despite moves towards reopening economies and success by some nations in bringing the virus under control within their borders. The uncertainty is compounded because many nations are still facing rapid growth in infection rates.

That harsh reality makes it unwise to be too definitive about post-pandemic recovery but does not reduce the urgency of planning to “build back better” after Covid-19 in a way that will allow the world to address the longer-term challenge of man-made climate change. Some worry that the experience of economic recovery after the 2008 financial crash when little attention was given to climate policy or energy transition might be repeated.

There have, however, been enough signals from governments and other organisations to suggest the need to address climate change is not being forgotten. There are instead hopes that the global fragility exposed by the pandemic could mean a world in which concerns about climate change hold more sway not less and that CO2 reduction strategies will not be sacrificed on the altar of economic necessity.

Crucially, renewable energy production has seen massive cost declines over the past decade that have moved the dial on discussions about its ability to play a key role in powering the future. In markets around the world both wind and solar energy can not only compete with fossil fuel alternatives but are now beginning to come out on top in subsidy-free competition.

This rapid expansion of renewables has taken place at a time when fossil fuel producers have found themselves increasingly on the defensive not only because of environmental pressure over their emissions but also because of financial underperformance. The future of renewables looks set on an upward trajectory. In a sign of just how quickly things change, the oil market was in a boom period with prices trading above $100 per barrel in the early part of the last decade up to the middle of 2014 until burgeoning supply growth sent values tumbling for the next couple of years. Recovery did come but not to levels above $100 as abundant supply led by the US shale production explosion held back price gains. At the same time oil and gas producers found themselves coming under increasing pressure from environmental campaigners.

For some fossil fuel operators the impact of the Covid-19 pandemic seems likely to add momentum to a strategic repositioning towards low carbon energy that was already in place. One point that is sometimes almost ignored amid the environmental focus on fossil fuel producers is that they will not produce barrels and molecules that they cannot sell and controlling demand is equally key to bringing about emissions reductions.

If there is optimism to be had on the renewables production front, some do though remain concerned that there may not be enough of a spur to green investment in Covid-19 recovery programmes. With a US presidential election looming in a matter of months and the final course of the coronavirus pandemic yet to be clear, it is too early to say how much ‘energy transition content’ longer-term government stimulus plans will include. Either way, expect energy transition news to increasingly dominate the headlines.

So what next for net-zero? Speed and timing will be crucial for those looking to stay on the right side of the energy transition. Both internal process optimization coupled with market positioning will be key in a market where first mover advantage holds such weight. The ‘transition movement’ lacks clear leadership, despite attempts by O&G heavyweights to stake claim to the sustainable manifesto. Whilst incumbents jostle for space, a market, which the OECD estimates will call for $6.9 trillion of investment annually until 2030, leaves ample space for new players to stake their claim. It awaits to be seen just who will step up to this plate.