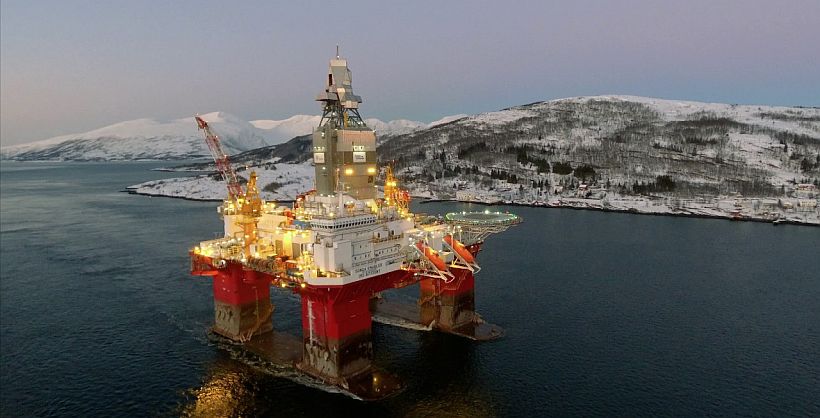 Norwegian oil and gas player Vår Energi has secured two types of permits from the country’s authorities for two exploration wells located in the Barents Sea off Norway. These wells will be drilled using a Transocean-owned rig.

The Norwegian Petroleum Directorate (NPD) informed on Thursday that it has granted Vår Energi a drilling permit for wells 7122/8-1 S and 7122/9-1, while the Petroleum Safety Authority Norway (PSA) disclosed on Wednesday that it has given Vår Energi consent for exploration drilling in block 7122/8 in the Barents Sea.

The drilling programme for the 7122/8-1 S well entails the drilling of a wildcat well in production licence 229, which was originally awarded on 30 May 1997 and has been extended until 15 May 2042. Vår Energi is the operator of the licence with an ownership interest of 65 per cent, while its partner is Equinor with the remaining 35 per cent.

On the other hand, the 7122/9-1 wildcat well is located in production licence 229 E, which was originally awarded on 19 February 2021 and is valid until 19 February 2027. In this licence, Vår Energi and ABP Norway hold an ownership interest of 50 per cent, respectively.

Regarding the 7122/8 – 1 S well, Vår Energi is targeting a prospect named Countach and drilling operations, which are expected to start this September, will be conducted in water depths of 398,5 meters. When it comes to the 7122/9 – 1 well, the spudding of the prospect – Lupa – is anticipated in October 2022 and will be carried out in water depths of 403 meters.

The drilling operations will be carried out by the Transocean Enabler semi-submersible rig, which was built at Daewoo Shipbuilding & Marine Engineering in South Korea in 2016 as Songa Enabler. The rig was owned and operated by Songa Offshore prior to Transocean’s acquisition of the company in 2018. The rig received a new Acknowledgement of Compliance (AoC) from the PSA in April 2019.

This rig is under contract with Equinor until 2024 and the Norwegian state-owned giant used it last year to drill a wildcat well in the Barents Sea, which resulted in an oil discovery.

Earlier this month, Vår Energi secured another drilling permit for a wildcat well in the Barents Sea from the NPD. This well will be drilled from the Scarabeo 8 drilling rig after concluding the drilling of development wells on the Goliat field for Vår Energi.