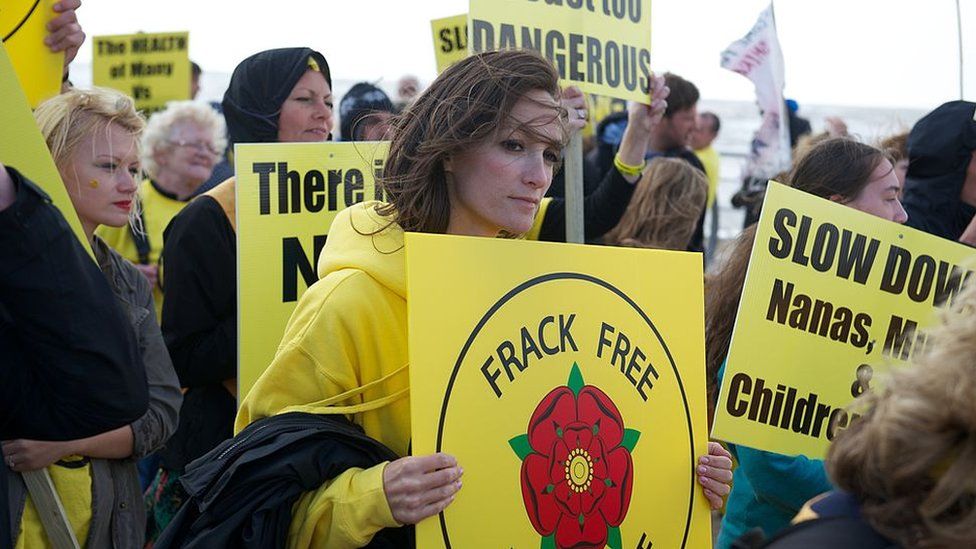 After lifting the ban on fracking, Liz Truss has promised to have shale gas flowing out of Britain by next spring.

In order to restore Britain's energy independence by 2040, the Prime Minister has pledged to increase domestic oil and gas extraction while also developing nuclear and renewable energy schemes.

According to her, the fracking moratorium, which has been in place since 2019, will be lifted immediately, allowing developers to start extracting in places "where there is local support" as soon as in six months.

From next week, the Government will also make more than 100 new licences for oil and gas extraction in the North Sea available.

The changes will make no difference to supplies this winter as they could take years to bear fruit.

Combined with plans already announced by Boris Johnson to build 24 gigawatts worth of nuclear power capacity by 2050, new offshore wind farms and solar farms, the latest changes are aimed at helping Britain to become a net energy exporter by 2040.

David Cameron's administrations initially promoted fracking as a means of increasing domestic production after the British Geological Survey estimated that 1,300 trillion cubic feet of gas could be present beneath the UK.

There is a chance that it could supply the UK's gas needs for decades, even if only a tenth of that can be extracted.

But fracking – the process used to extract shale gas, pioneered in the US – was banned in England three years ago on safety grounds after Cuadrilla caused earth tremors far stronger than it had anticipated in Lancashire.