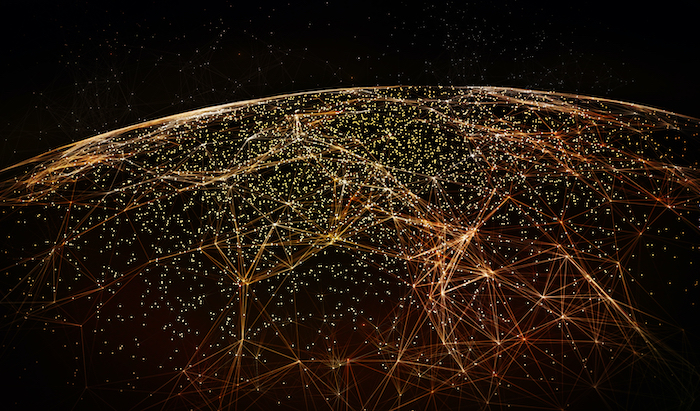 Five Predictions as We Enter the Age of the Energy Transition

For the previous few centuries, humans have been burning through fossil fuel reserves with somewhat reckless abandon. Yet in the 2020s, and based on extensive peer-reviewed research, we make five big and bold predictions linked to the future of energy systems and the social infrastructures that need them. The full report call be accessed via Reuters Events Energy Transition News and Content Hub, via the Energy Transition Report & Whitepapers section.

The finite nature of fossil fuel reserves suggests one inevitable consequence: stocks will progressively diminish, and prices will remain unpredictable. The International Energy Agency estimates that global energy demand will grow by 1% under its new policy scenario up until at least 2040. This contrasts with a 1.4% annual growth under current policies. It further estimates that fossil fuels will continue to deliver the bulk of our energy. Energy economics tells us that, through the energy transition and barring any significant reduction in demand for fossil fuels, dwindling stocks will eventually engender price inflation, whether that is through scarcity or through the higher cost of discovery. Indeed, there is ample evidence that supply expansion efforts are no longer as successful in curtailing price inflation as they have been in the past. The figures that follow highlight the deteriorating economics of fossil fuels.

Putting a price on the human health and ecosystem impacts associated with fossil fuel combustion and the climate crisis is a notion that is fraught with contention; but there appears to be growing consensus amongst epidemiologists and ecological economists that the cost will become too high to simply ignore in the 2020s. Net-Zero will move from rhetoric to action. Increasingly, academic analyses of energy costs attempt to improve the comparability of different policy options by seeking to “internalize” all relevant costs into the price of energy generated by different fuels and technologies.

The economic appeal of renewable energy will continue to grow over the next decade. Although one cannot boil down all social and political acceptance of renewables to cost, the levelized cost of electricity for new renewable power plants in 2010 and 2017, compared to the cost range for fossil fuel cost. As the data suggests, coal’s reign as the cheapest form of energy provision is under siege. The cost of electricity generated from biomass, geothermal energy, hydro, solar PV, and wind power are all competitive with fossil fuels. And if the cost of concentrating solar power continues its rapid decline, it, too, will be competing in the fossil fuel sand box. In short, energy markets are in the process of being disrupted by renewable technologies.

As a global energy transition gains steam, more industry analysts are beginning to recognize that the actions required to facilitate such decarbonisation - revamping electricity grids, restructuring energy networks, reengineering energy systems – all represent stellar economic opportunities. A report commissioned by the German government concluded that the size of the global market for environmentally-friendly power generation and storage was approximately €313 billion in 2011 and would exceed €1 trillion by 2025. As former US President Obama emphasized in a speech given in Iowa in 2009, “The nation that leads the world in creating new sources of clean energy will be the nation that leads the 21st century global economy.” In 2015, he spoke again about the changing competitive tides: “For decades, we’ve been told that it doesn’t make economic sense to switch to renewable energy.  Today, that’s no longer true… Solar isn’t just for the green crowd anymore – it’s for the green eyeshade crowd, too.”

Energy is an industrial sector that is on the verge of a complete makeover – a makeover that will create new global corporate powerhouses. Matt Richtell of the New York Times describes the scene in this way, “Out of the ashes of the Internet bust, many technology veterans have regrouped and found a new mission in alternative energy: developing wind power, solar panels, ethanol plants and hydrogen-powered cars”

It is clear that first mover advantages are already accruing to firms in the clean energy sector. In wind power, Danish and German firms were first movers; and as a result, Vestas, Bonus and Siemens have become industry leaders. In solar power, Chinese firms have come to dominate the market thanks in part to staunch government support; but mostly because, many of the Chinese solar PV firms could draw on the expertise of Chinese engineers who cut their teeth by working with solar PV technology in the consumer electronics sector. In wave power technology, true dominance has yet to be established, but one can surmise that firms in Portugal, the UK, Japan, Australia and the US stand to gain from early domestic support. Nevertheless, the emergence of renewable energy powerhouses represents just the tip of the iceberg in regard to the global energy transition. Smart meters, energy storage, grid management technologies, smart electric charging infrastructure, and energy-efficient technologies are all sectors that will become major economic players as the transition progresses. It has been estimated that the entire clean-tech sector could generate upwards of €4 trillion in sales by 2025. There is a piece of the pie for everyone at this early stage.

For the full report and predictions as we enter the age of energy transition, be sure to visit Reuters Events Energy Transition Content and News Hub. The full Energy Transition Report is freely available via the ‘Reports & Whitepaper’s tab.