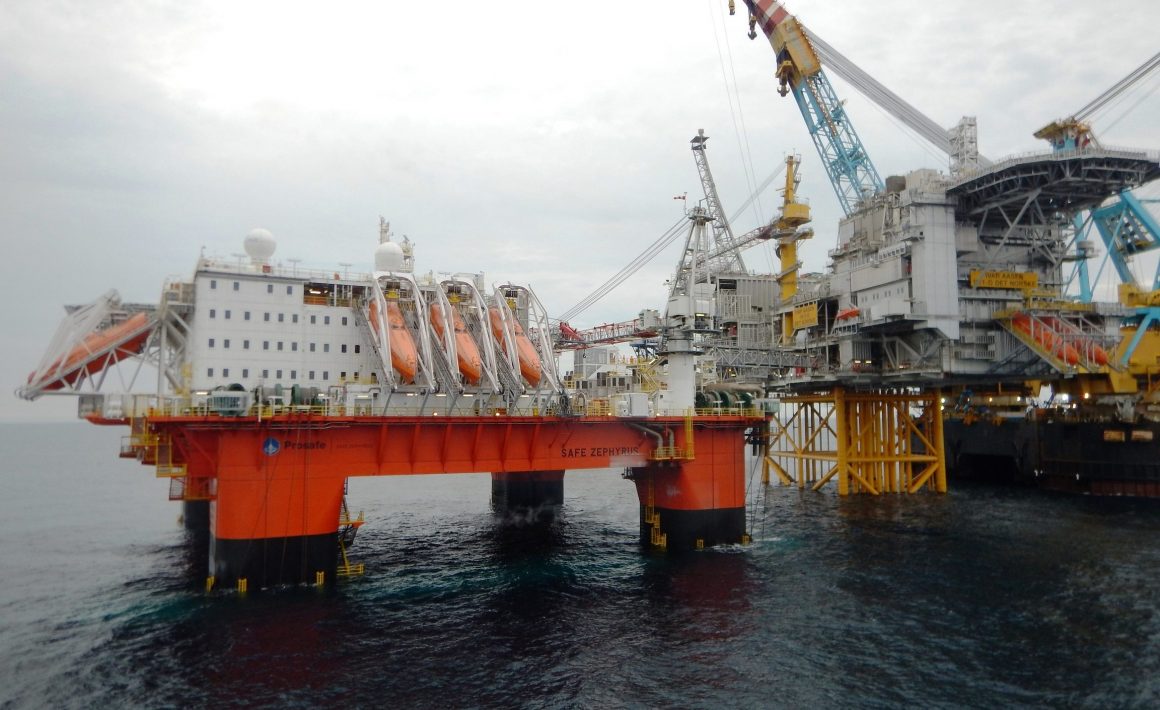 Offshore accommodation rig provider Prosafe has secured a contract extension for one of its units with BP in the UK North Sea.

Back in September 2021, BP hired the Prosafe-owned flotel Safe Zephyrus for gangway-connected operations to support the Seagull project at the ETAP central processing facility (CPF) in the UK North Sea. As explained at the time, the firm duration of the contract, which was scheduled to start in the first quarter of 2022, was 10 months, however, this deal also included up to four months of extension options.

In an update on Thursday, Prosafe disclosed that BP has exercised the first of four months of options, extending the charter of the Safe Zephyrus through 21 December 2022. The rig provider also revealed that the value of this one-month extension is approximately $3.5 million.

Thanks to this extension the vessel will continue providing gangway-connected operations supporting the Seagull project at the ETAP central processing facility. Located in the Central North Sea approximately 10 miles south of the BP-operated ETAP CPF, the Neptune Energy-operated Seagull high-pressure, high-temperature development is a four-well subsea tie-back project re-using the existing facilities on the Heron pipeline and hosted by the ETAP CPF.

Furthermore, the gas from this development project will come onshore at the CATS processing terminal at Teesside, while oil will come onshore through the Forties Pipeline System to the Kinneil Terminal, Grangemouth. The field is projected to hold 19.0 mmboe net 2P reserves and the first oil is anticipated in the first half of 2023. Neptune acts as the operator with a 35 per cent interest while its partners are BP (50 per cent) and JAPEX UK E&P (15 per cent).

Prior to this charter, Safe Zephyrus worked for BP on the Clair Ridge platform located West of Shetland under a contract, which was awarded in October 2018 and started in May 2019 for a period of five months with a one-month option.

The 2016-built Safe Zephyrus, a sister vessel to the Safe Boreas, was constructed at Jurong Shipyard, Singapore, to the GVA 3000E design and is equipped with a DP3 system and 12-point wire mooring arrangement. This vessel has a large open deck area of more than 1,000 m2 and two 50-tonne cranes.

When it comes to Prosafe’s latest activities, it is worth noting that the firm announced another deal on the same date as the extension with BP. This contract was secured with an undisclosed firm and is expected to bring around $33 million to the company.

Due to this deal, one of the firm’s units will provide accommodation and construction support in the U.S. Gulf of Mexico.