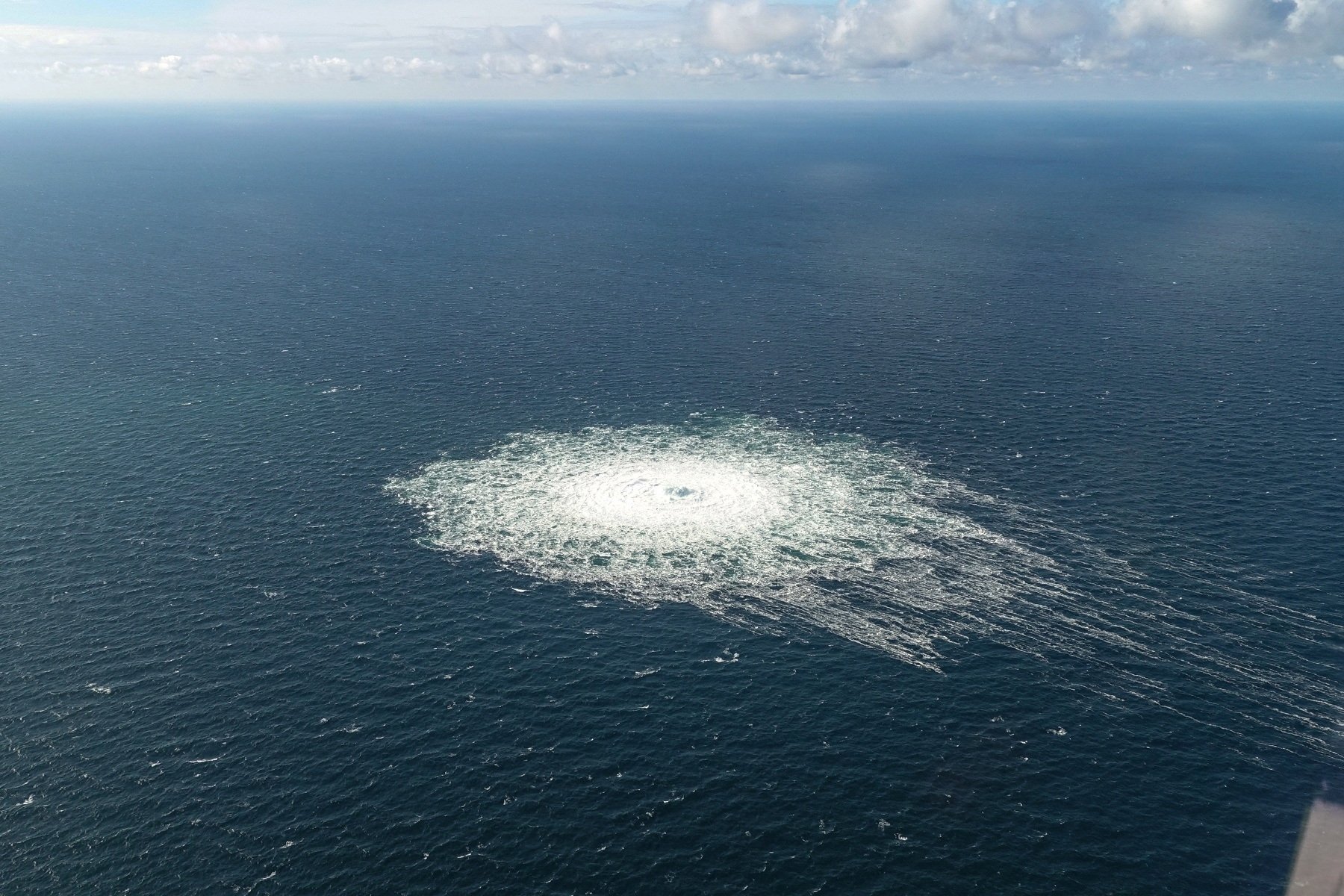 Norwegian and Swedish seismic institutes have recorded two underwater blasts before the discovery of the gas leaks on the Nord Stream pipelines in the Baltic Sea linking Russia and Europe, prompting an investigation by authorities amid suspicions of sabotage.

The leaks were detected on the Nord Stream 1 and 2 pipelines following reports of major drops in pressure.

Signals from the Norwegian Seismic Array’s (NORSAR) seismic station in Innlandet, the Swedish station in Hagfors and a Finnish station located in Sysmä show that there have been two subsequent explosions at the pipelines.

NORSAR registered the explosions on the night of Monday, at 02:03 a.m., and Monday evening, at 19:03 p.m. The latter is measured to have a magnitude of 2.2, which “corresponds to a noticeable earthquake.”

The Danish military has released footage taken from a helicopter yesterday, 27 September, which shows large bubbles on the water surface above the leaks.

The frigate Absalon and the pollution control vessel Gunnar Thorson, as well as helicopter capacity, are carrying out water monitoring at the exclusion zones where the leaks occurred.

Leaders in Denmark and Sweden have been reported as saying that the inquiry into the damage to the pipeline systems is transitioning into a sabotage investigation.

According to media reports, the Danish and Swedish prime ministers said an assessment by authorities indicated that the leaks were not accidental.

Danish Prime Minister Mette Frederiksen and the Swedish counterpart Magdalena Andersson were reported as saying that the leaks in the Nord Stream pipelines were “deliberate actions”.

President of the European Commission (EC) Ursula von Der Leyen said that “any deliberate disruption of active European energy infrastructure is unacceptable and will lead to the strongest possible response.”

Both Nord Stream 1 and 2 had already been shut down. The first by Russia at the end of August and the latter after German chancellor Olaf Scholz halted the process of certifying the pipeline due to the crisis in Ukraine.

Although it did not go into operation, Nord Stream 2 was filled with 300m cubic meters of gas following the completion of construction in mid-September 2021.

The incident on the two pipelines was reported shortly before the inauguration ceremony for the Baltic Pipe project, set to deliver Norwegian gas to Poland via Denmark.

Norway and Poland have already entered into a ten-year gas sales agreement for a volume of around 2.4 billion cubic metres (bcm) of gas per year to be exported through the new Baltic Pipe.